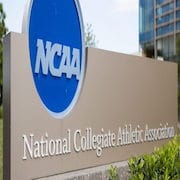 One of the most controversial issues in the US has come to an end with a positive result. NCAA Governors has stated that they are now supporting the player endorsement plan, which has been a critical, and much-debated issue for college basketball players.

In the general meeting that the Board of Governors held this Tuesday, there were several issues that they discussed to promote and develop the organization. The NCAA has created an action group for this aim.

One of the main topics in the meeting was the earning profit through endorsement. The group stated their ideas and points to the government concerning the problem. Consequently, they offered a proposal to enable players to earn profit through their properties, such as image and name rights. It was a massive demand from the government considering the current laws and regulations.

This proposal also had a regulation in which the NCAA can offer different types of contracts to players, including some components such as the amount of money they make. In past players need approval from their institutions even though they could find endorsement plans according to their interests.

Now things have changed, players can make extra money using their own properties. On the whole, it gives a lot more freedom to young players compared to what they used to have. As a quick note, players cannot use their school logos in endorsement plans. Consequently, they still cannot do whatever they would like to.

In the US, many young sports players are skipping the college leagues to have a taste of the professional organizations. It is nearly the case in every form of sport, including football and basketball. Although the government now supports these players more and encourages them to play in youth leagues, it has to take more steps to increase the value of organizations other than professional ones. The pandemic certainly gives it more time to think through some implementations to promote sports in the US.

As mentioned above, due to global pandemic, colleges and universities have more time to offer their opinions to the board of NCAA. They have more than two months to ask questions and submit ideas considering the endorsement plan and other issues to promote sports.

NCAA will keep its side of the bargain and may send some questionnaires concerning these issues hoping to get more information from the schools and organizations.

According to the government, the regular rulemaking system will be applied. For the formal proposal, NCAA has time until October, and the official vote will probably take place in January. Although schools are allowed to give feedback on the proposal, only the NCAA board will attend the voting process.

NCAA president Mark Emmert demands help from the federal government as well for the implementation of new rules. As the federal lawmakers are responsible for this process, this is a reasonable need. Still, everybody has concerns about the future of sports in the US after these possible changes.

This website uses cookies to improve your experience while you navigate through the website. Out of these cookies, the cookies that are categorized as necessary are stored on your browser as they are essential for the working of basic functionalities of the website. We also use third-party cookies that help us analyze and understand how you use this website. These cookies will be stored in your browser only with your consent. You also have the option to opt-out of these cookies. But opting out of some of these cookies may have an effect on your browsing experience.
Necessary Always Enabled
Necessary cookies are absolutely essential for the website to function properly. This category only includes cookies that ensures basic functionalities and security features of the website. These cookies do not store any personal information.
Non-necessary
Any cookies that may not be particularly necessary for the website to function and is used specifically to collect user personal data via analytics, ads, other embedded contents are termed as non-necessary cookies. It is mandatory to procure user consent prior to running these cookies on your website.
SAVE & ACCEPT